On the occasion of the 40th anniversary of China’s reform and opening up, 40 foreigners were selected for a distinguished award by the Foreign Expert Medal of China’s State Administration of Foreign Experts Affairs. After local recommendations, public voting, and expert review the list with the 40 laureates was finally presented by Lu Ming of the Ministry of Science and Technology at the China International Talent Exchange Conference held in Shenzhen in April 2018.

Among them is Dr. Romano A. Rupp, currently working as a guest researcher at the Jozef-Stefan Institute in Ljubljana. He received the medal dedicated to the  “Most Influential Foreign Experts during 40 Years of China’s Reform”  from Zhang Jianguo, Deputy Minister of Science and Technology, during the Chinese New Year Reception in Beijing on January 27, 2019. 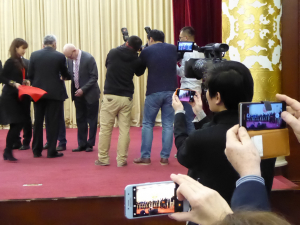 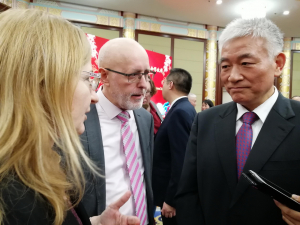 Dr. Romano Rupp and Dr. Irena Drevensek-Olenik, researcher at JSI, in dialogue with Zhang Jianguo, Deputy Minister of Science of the People’s Republic of China

He is an expert in nonlinear optics and a distinguished researcher. He was the winner of the Sanqin Friendship Award. His research results won much attention and positive evaluations from the international scientific community and thus contributed to the enhancement of the academic level and the international reputation of the Institute of Optics and Precision Mechanics of the Chinese Academy of Sciences. 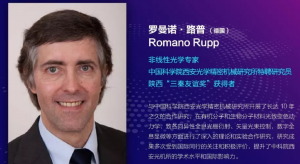