Phase transitions are a key feature of many 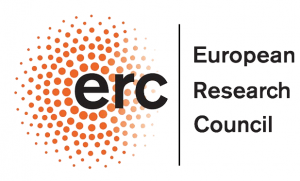 systems, such as liquids and solids. They are also thought to occur in cosmological events (the Big Bang) or in elementary particle collisions. The fundamentally different phenomena found in rapid transitions have only begun to be studied in relatively recent years. Prof. Mihailović plays a significant role in the exploration of this new field. His ERC project addresses the character of the trajectory taken by a system when it traverses a phase transition. The key element of his research is the development of a specific femtosecond laser spectroscopy technique, which works with a precision of one millionth of one billionth of a second. Transition trajectories to and from hidden states are of particular interest for practical applications in new femtosecond state can  lead to new memory devices. Yet equations used to model such system trajectories are similar to the ones used to describe cosmological events or elementary particles within the so-called “standard model“.

See all current points of interest: