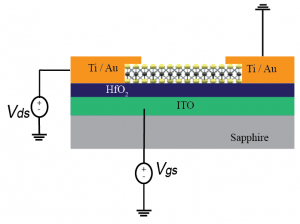 Fibre optical communication is increasingly replacing traditional electrical interconnects due to its higher speed and energy efficiency: A possible boost for integrated photonics from the labs of the Jožef Stefan Institute

A possible boost for integrated photonics from the labs of the Jožef StefanInstitute Fibre optical communication is increasingly replacingtraditional electrical interconnects due to its higher speedand energy efficiency. What has started with long distancecommunication such as transatlantic cables is now thedefault choice for connecting our offices and homes to theinternet and is making headway into ever shorter distances,such as connecting racks in a data centre, and may soonalso connect the chips on a circuit board and ultimatelyalso replace some of the copper leads inside a chip. Thedriving force behind this trend is the fast increasing energy consumption of informationtechnology. Data centres alone now consume 3% of the world’s electricity – up from almostnothing just ten years ago.The adoption of optical communication on ever smaller scales relies on the swift translation ofthe zeroes and ones – “voltage off” and “voltage on” – into “light off” and “light on” in anelectro-optical or electroabsorption modulator. Curiously, this is a device that has provenremarkably resilient against efforts to make it smaller, contrary to transistors and othercomponents that shrink in half every other year. Hence, to make optical communication feasiblefor short distances, an alternative concept that enables smaller devices is needed.The ideal material for compact electromodulators has a strong absorption that changes strongly ifan electric field is applied. Researchers from IJS’s Department of Complex Matter, together withtheir colleagues from the Swiss Federal Institute of Technology in Lausanne and the ItalianInstitute of Technology in Milan, may have just found the right material for the job. MoS2 is asemiconductor that forms layered crystals, with a single layer being just two thirds of ananometer thick, but absorbing 10% of the incident light. Upon applying a voltage of only 0.5 V,they found that the absorption decreased to 9.5%, which may seem insignificant at first glance.However, their experiment – published in the latest edition of the journal 2d Materials – is a firstproof of concept, and they have a clear strategy how to reach technologically required values –switching the absorbance between 80% and 40%.After IJS and the other organizations involved had filed a patent application for the proposedtechnology, Daniele Vella and Christoph Gadermaier from the Department of Complex Matterhave founded a spin-out company that is now seeking money to develop an actual deviceexploiting the presented concept for integrated photonic circuits that could greatly reduce thepower consumption of data centers and later also laptops and mobile phones.